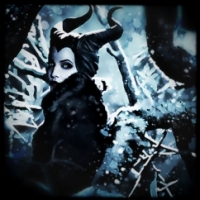 Description: This skill will steal 1000attack power of your enemy and gain you 500 whilst in operation, its a costly skill with a huge cool down and It could be ajusted a little i guess... But this is just an idea of a skill that could be thought of and created.

Quote from Dolfy
For such huge effects and small cooldown, it's duration is way too long.
60 min at most.
Quote from iamadoubleaccount
Quote from andy_2k8
Quote from JazzJit
What?

It's a malicious skill and you cast it upon your enemy.... If i cast this on you your attack power will decrease by 1000 and mine would increase by 500.. but the duration is too long and the cool down too short, so any ideas on what it could be?

Judging by this, it's a targetable skill? If it is, it'll simply ensure that you'll beat someone a few levels higher than you. Will that be worth it?

If it takes 1000 atk from EVERYONE you attack while it's cast, it gives you an unfair advantage imo.