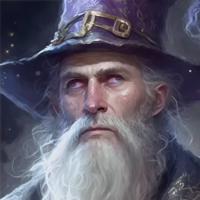 Total Posts: 5,910
Online Status: Offline
Thu May 27 14:37:10 EDT 2021
I was thinking, it might be nice to give players buffs for doing something consistently. Not to become a burden on them, but to make it a bit easier/more rewarding for a while.
In the same way we do daily login streaks, we could have a streak for stuff like:
Perhaps tiered so you can maintain higher levels of the streak by doing more consecutive ones. Maybe you do 1000 attacks per day for a few days and get a higher buff than only doing 500, etc.
Something to think about.
I also think some of this stuff could be done for the whole guild, esp. the raiding ones. Present it like a pot to fill each week.
In a similar vein, just the act of meeting certain thresholds each week could be enough to give rewards. Full-guild skill buffs, trophies, etc. Also, I want to bring back trophies and awards against the guild itself, not just players. Don't see why guilds can't be decorated for their achievements.
Any thoughts?
I'm sure we've covered this at some point in the past, but I wanted to reiterate it.